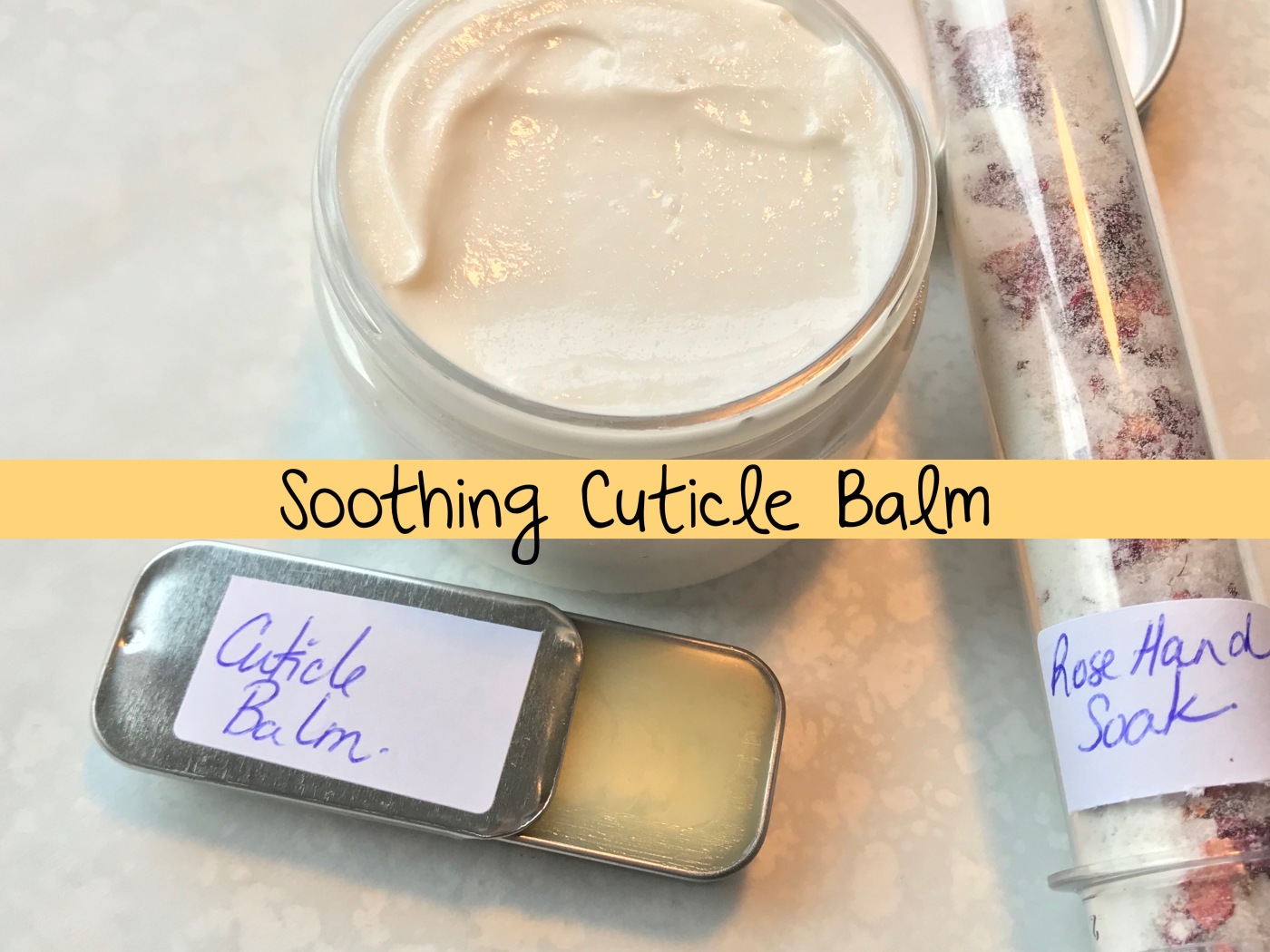 Yup. I’ve horrible cuticles. And I know I am not alone on this! You can kind of see them in the various pictures I’ve posted since I began this blog. Usually I try to angle my cuticles away from the camera, but more often than not, they get in a shot. They are dry, prone to tearing- nay, ripping, and just look rugged and horrible. I’m not joking. They are kind of ugly.

Whenever I visited North America, one of my go to products to buy (or be gifted if I am honest) was a Qtica intense Cuticle Repair Balm. By jove that shit was expensive. But it was lovely! So I got to work trying to recreate this balm. And I came up with some really crappy products. I’m talking full on crappy. Like product separating and growing fur and then walking away of its own accord kind of crappy. The one bad part of the Qtica product, was that I found it didn’t sink in fast enough and I was leaving finger prints everywhere. Text books, phone screens, chalk boards. It was hell. But it lasted forever! And the cost of getting said product was just too much. Postage to China or a flight from China was just too much to be getting such a product to me.

So I stopped using it and began trying to formulate a dupe. With not a lot of success I should add. Granted, I stopped trying about five years ago, but after the Diploma Program with Formula Botanica, it has been in my mind to give it another shot! But in the mean time, I have come up with this beauty that I am quite enamoured with! This is a version of actually one of the products I made for the Formula Botanica course last year and have tweaked it a little bit since then for a better and more effective product. And I am pretty sure you will be impressed with it too!

Anyways! I wanted something that was softerish, not hard, but also not a gel. Something that as a final product would sink in quick and something that provided some sort of softening properties to my nails. And something that the moment your finger touched the balm would result in a liquid. I know! Tall order! So I had a looksee at all my ingredients and came up with something absolutely fabulous! I used some cera bellina, which has similar benefits to beeswax, but it doesn’t make for a hard end product but more of a gelish type product. But has some awesome staying power. And, it seems to have grown in popularity over the past year making it much easier to source! Huzzah!

Next up was some capuacu butter. Capuacu butter is on the newerish side for me to play with. It is fast absorbing, and leaves behind an incredible silky feeling that makes me want to play with it some more. Then there is some rice bran and argan which makes up the bulk of the formula. I picked these two as my liquid ingredients for they are both well known for being nourishing and fast absorbing.

Capuacu butter, rice bran, and argan oil are all well known as skin softening fats, and quick absorbing ones too. There is nothing that I hate more than leaving my greasy finger prints all over the place. If you don’t happen to have some capuacu butter, I’d suggest swapping it for some mango butter. With rice bran oil being high in oleic acid‎ which helps to maintain a youthful skin, aids in skin hydration… this balm packs a powerhouse of goodies for the skin.

To make this balm of goodness, you really don’t want to be making a whole lot of it as a little goes a very long way. I made 10g of product, and I’ve been using this daily for four weeks now and you can just barely see the tiniest of indentations. It will last for a very long time! I truly should have only made 5g!

Using this balm, you can apply straight to your cuticles at any time, but I have discovered the most effective way of using this was on top of my hand lotion. This way, I used this anhydrous product to trap in the lotions oomph (usually containing some panthenol, proteins, humectant and more), giving my cuticles a much needed mini spa. I love this on my toe nails too! And my elbows. And as a lip balm. And I’m lazy so have even used it as a hair balm.

Multi-purpose for the win! What are you waiting for? Hop to it!

This site uses Akismet to reduce spam. Learn how your comment data is processed.

Looking for something special?

Recent Posts: Scrub Me Down

I’ve been MIA for quite a while, but real life has gotten in the way! 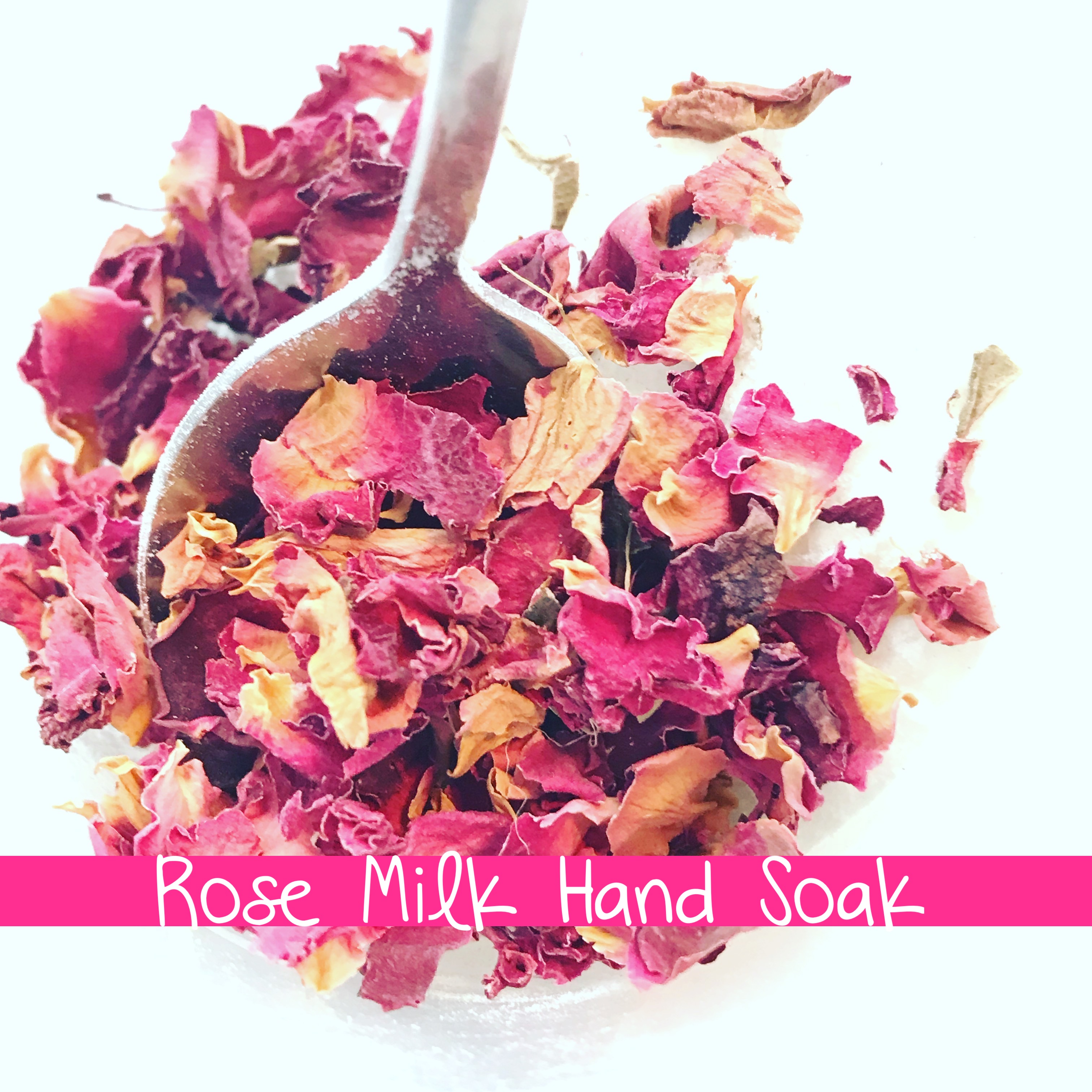 Having a problem with dry cracked hands? Get your soak on! Did I mention this soak is fizzy? 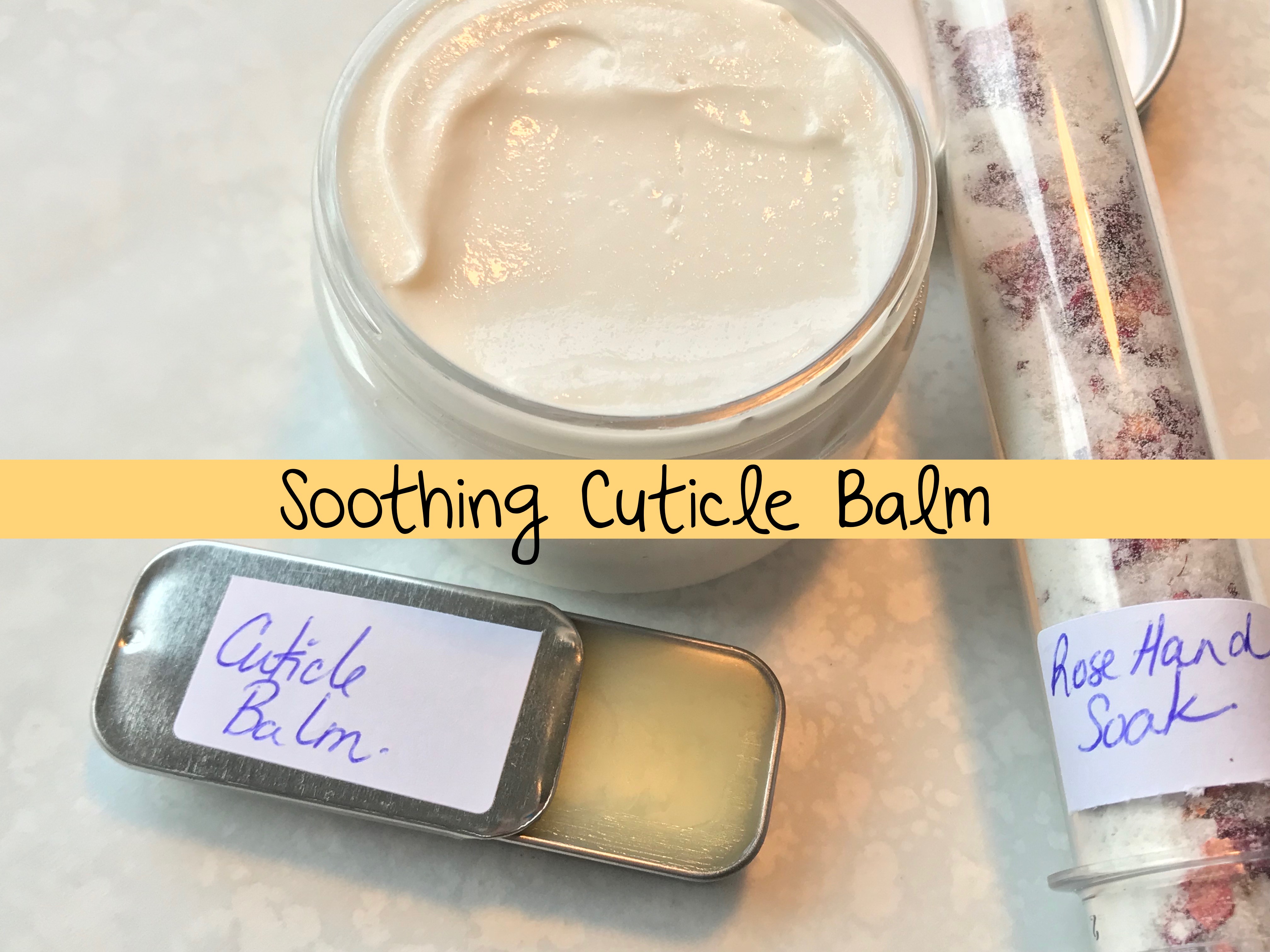 Tired of your crappy and rugged cuticles? Give this Soothing Cuticle Balm a try! Go on. I know you want to!

Be prepared to dazzle everyone with this ombrè inspired bar of soap just in time for the funniest day of the year!

Finally! The Antarctic goes on vacation with this topical, sunny, and cheery hibiscus toner!

Which category are you partial too?

Join the Instagram fun and show me what you're working on!

Cause honestly... this is my favourite way I truly enjoy an olive. In the bottom of a glass! #backindublin #worktrip #extradrymartini #iloveyoumartini
I’m going to be in Dublin for some training next week, anyone fancy a couple pints and a soap swap?
My skin has been itching so I got to making. Using some summer bronze in my cocoa whip body butter!
Almost finished! It’s taken me almost six months to get rid of a lot of stuff! See that teal box of measuring cups? I used to have three boxes full of various sized measuring cups. I used to have four boxes that size and bigger full of fragrance oils. Can’t wait to get rid of more in the coming months! I’ve downsized from a large room full of making stuff to just a couple of boxes! And in China? I had a two bedroom apartment that was over flowing with stuff!